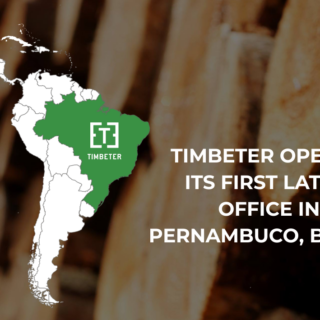 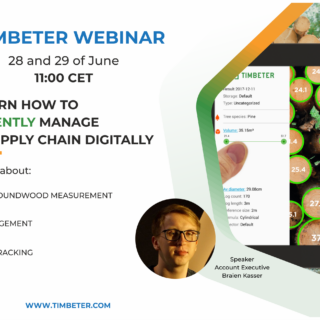 Webinar Learn how to...

During webinar we will present our AI-based roundwood... 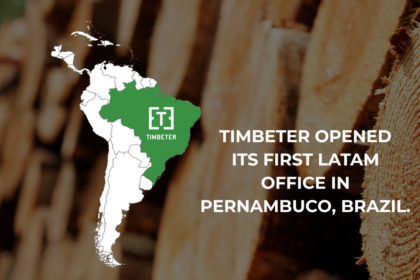 Timbeter opened its first LATAM office in Pernambuco, Brazil. Company has been working with some of the largest companies in Latin-America  since 2017 such as CMPC (Chile), Suzano (Brazil), Klingele (Brazil), Faber-Castell (Brazil) and many others. Last year, during the Climate COP26 in Glasgow , the Governor of the State of Pernambuco, Paulo Câmara, Anna-Greta … Continued 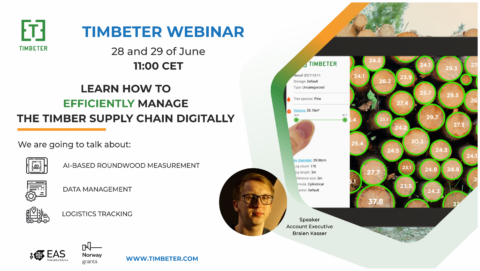 During webinar we will present our AI-based roundwood measurement solution, talk about data management and importance of logistics tracking. In the of the webinar we will have Q&A session! Platform: Zoom Date: 28 and 29 of June Time: 11:00 CET Webinar link will be sent one day before webinar! Join our webinar! 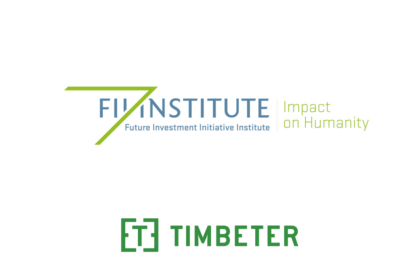 Future Investment Initiative (FII) Institute is investing €500,000 in Timbeter, a global precision forestry company. The investment is part of the FII Institute’s efforts to support the development of technologies that address the world’s biggest social and environmental challenges. Richard Attias, CEO of the FII Institute, said, “We are delighted to partner with a leading … Continued

There are a variety of log scaling methods around the world. However, there is a vast variability between each region, making transparent communication difficult. Describing each method and its parameters are vital for enabling clear and transparent measurement between all partners, and thus eradicating any attempts at fraud. Typically, each method utilizes length and diameter … Continued

In Latvia, large volumes of timber are being measured every year. Most of the measurements are conducted with the help of automated measuring lines, but the processes also require manual measurements, for example, made before the log transportation stage, etc. Since Timbeter is meant to replace and optimize the manual measurement process, it has become … Continued 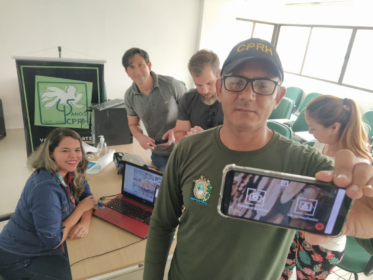 The result of an International Technical Cooperation Agreement signed between the Government of Pernambuco and Timbeter, a forest tech company specializing in timber measurement and data management using artificial intelligence and machine learning; CPRH State Environmental Agency, now has started using Timbeter Lumber solution, capable of measuring the volume of a load of sawn wood … Continued 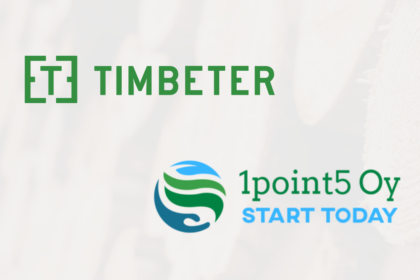 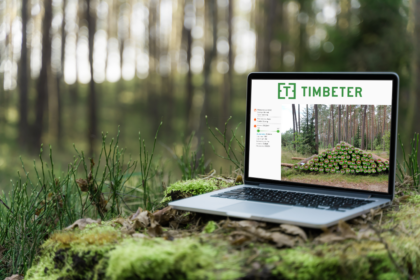 Working at Timbeter, our team daily experiences how hard it can be to make the digital transformation. The main difficulty is making the change happen. Technology implementation is the easiest part of the process, but it is challenging to start making things differently as they were made in the past. This requires firstly an open … Continued 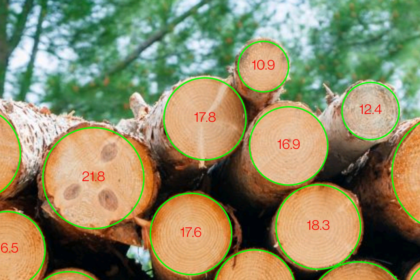 Timbeter users already know that technology integrated into forestry brings several benefits to their industrial activities and processes. According to our customers, increased productivity, together with sustainable management practices, are an inevitable part of development in the sector, which is increasingly in demand and is constantly in need of optimization. Among some of the benefits … Continued 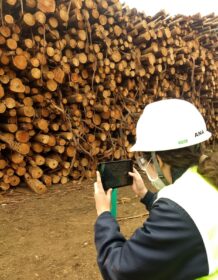 On the 8 th of March World celebrates Women’s Day. We decided to interview our female users
to understand how Timbeter helps them in their daily operations.

Ana Clara da Costa – Brazil. What is your role in the company and what are your daily tasks?  I am a university student and intern of Forestry Engineering, working in development and technology projects, as well as in routines for the improvement of processes and as a contribution to the forestry sector. How did … Continued 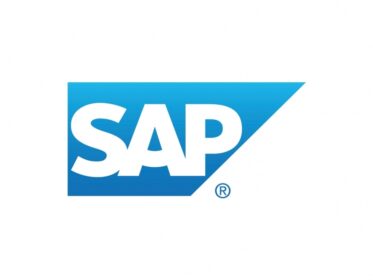 By integrating with SAP S/4HANA® and SAP Commerce Cloud, Roundwood Measurement Solution from Timbeter delivers efficiency and transparency throughout the timber supply chain to customers Tallinn, Estonia — 04.03.22 — Timbeter today announced that its Roundwood Measurement Solution is now available on SAP® Store and is part of SAP’s industry cloud portfolio for the mill … Continued 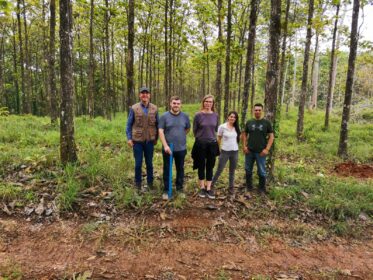 Timbeter’s technology, based on artificial intelligence, seeks to be part of the certification of the legality of wood in Costa Rica. The project has been in development since 2020 and is financed by the Estonian Environmental Investment Center (KIK in Estonian). Timbeter representatives were in Costa Rica talking with their national counterparts and made a … Continued